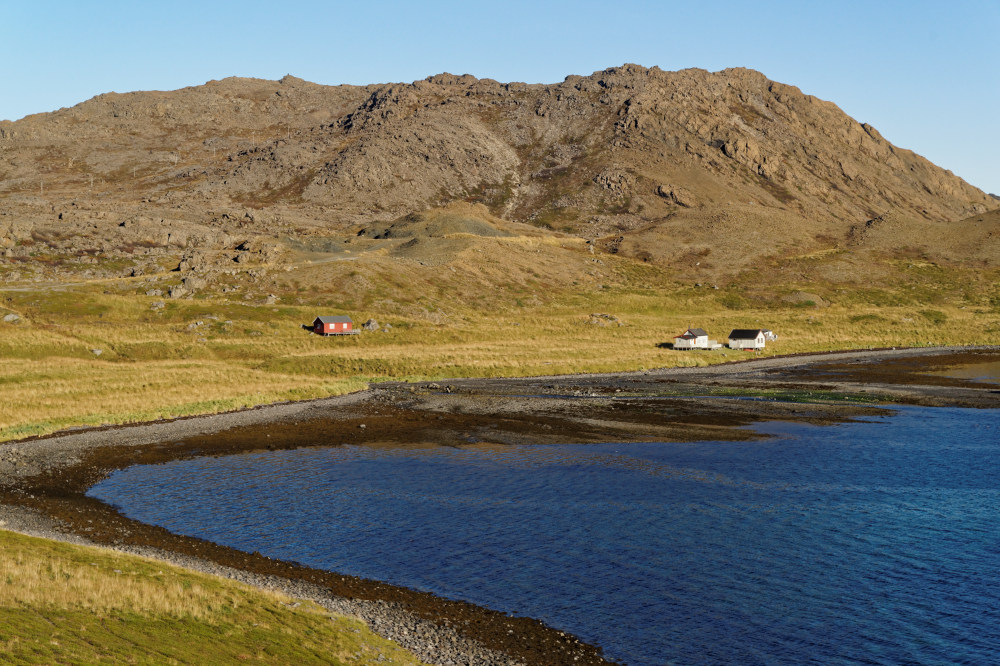 Another beautiful sunny morning greeted us as we rode the short distance to the Hurtigruten terminal, this departure being at the more acceptable time of 09:15. Many cruise passengers were sitting on deck and we joined them for a while then went inside for coffee in the bistro, enjoying the scenery as we passed by the islands. Two hours later we were on Magerøya and disembarking at Honningsvåg.

We shopped at the REMA1000 supermarket on the edge of town on the way to our campsite, Nordkapp Camping. Since we’d be here for three nights and would be riding up to the North Cape with minimal luggage, we opted for the security of a room. This was in a corridor of ten rooms with a communal kitchen and common room at the end.

Christine found the cause of her gear trouble, the cable had almost frayed at the end so had to replace it. Then we washed, showered, cooked and ate, an easy day.