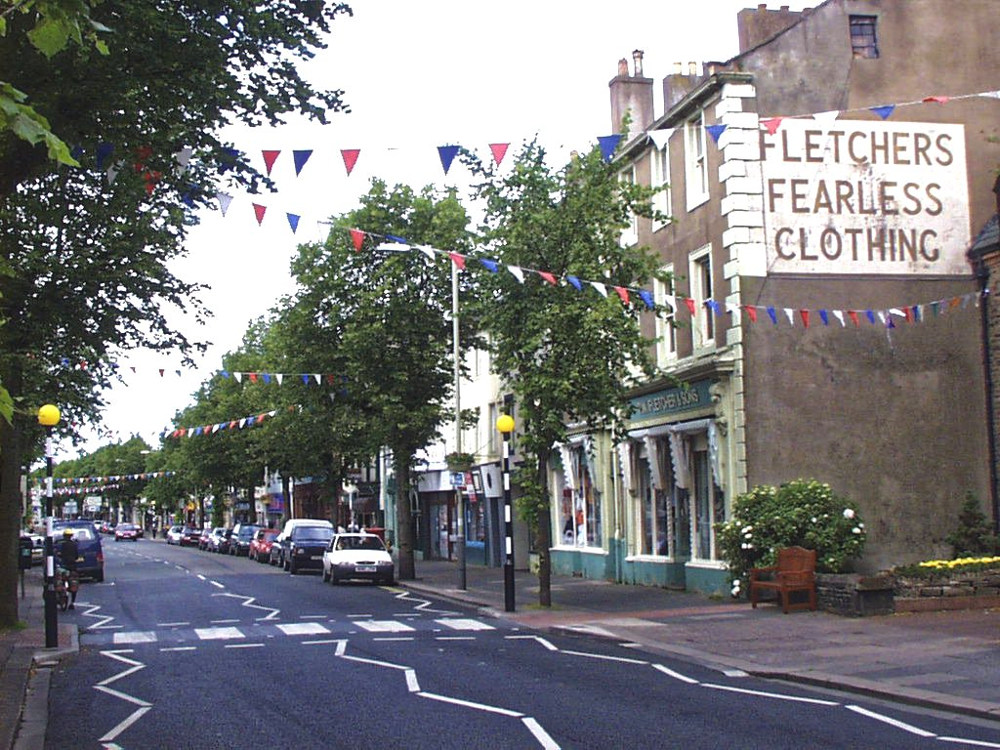 The heavy overnight rain had thankfully cleared by morning and the clouds gradually lifted to provide us with a perfect cycling day – pleasantly warm with no wind. Quiet lanes brought us to Cockermouth, a lovely Georgian town where we admired Wordsworth’s birthplace and a department store whose frontage took me back to my nineteen fifties childhood. The town itself was busy with tourists but we escaped through the Georgian suburb of Papcastle along gently undulating lanes before hitting a railway trackbed which took us into Workington and out the other side to meet the still extant Cumbrian Coast Line. We cycled alongside it into Whitehaven, another Georgian town which fell on hard times at the beginning of the twentieth century. Efforts are being made to revitalise it, with tourist developments along the harbour and we were surprised at the number of visitors. The cycle route is also helping to rekindle interest in the area and maintain the viability of the railway link which brings many cyclists to the start of the C2C.

The approved way to start the C2C is to dip your front wheel in the sea, but we didn’t fancy dragging our bikes, laden with full camping gear, back up the pebbly beach to the road. Another disused railway took us out of town through a large council estate with the inevitable broken glass a hazard. We stopped at the run-down but friendly village of Cleator Moor to get our card stamped then pressed on to Rowrah where we left the trackbed to be rewarded by distant views of the fells. At Kirkland a man of 90 stopped for a chat and told us that when we was a boy there were 60 active lead mines in the area. Their closure led to mass unemployment and he had to move to Manchester for work. Soon after, we gained a distant view of Ennerdale Water before pitching our tent at a campsite at Lamplugh.