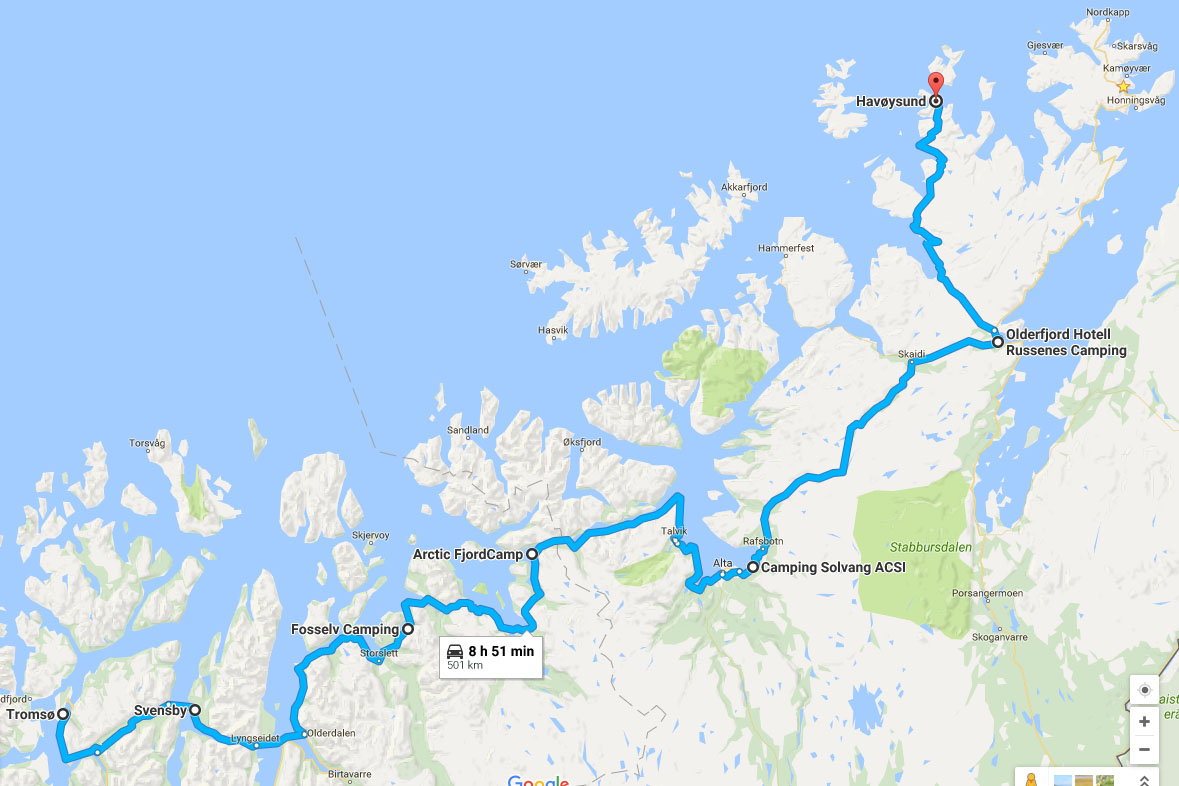 The second stage of our ride was to take us east and north to the North Cape, accepted as the most northerly point in Europe. The weather could be wild even in mid summer so we’d allowed a few spare days and so far we’d lost only one. Rather than the direct route to Honningsvåg which passes through a series of tunnels, we’d chosen to ride up the west coast from Olderfjord to Havøysund, a hillier road and a similar distance but less busy. From there, a two hour crossing on the Hurtigruten would take us across to Honningsvåg from where we would ride to the top of the continent.