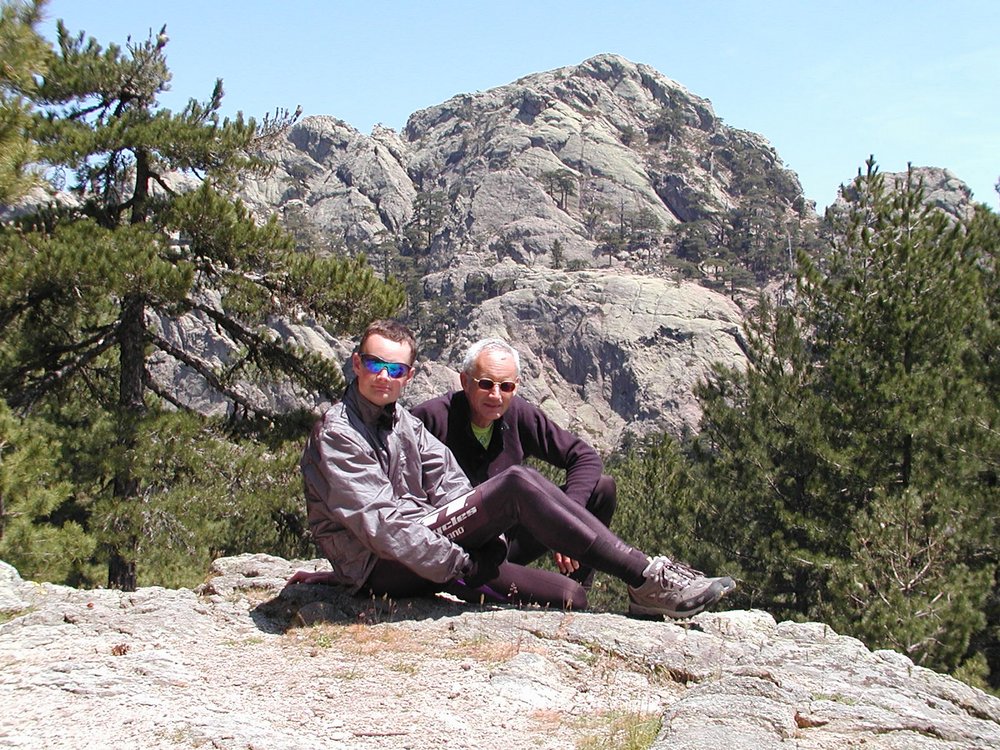 This was what passes for a rest day on our holidays. We left most of our luggage in the tent and rode up to the Col de Bavella (1218 metres), but despite the lighter bikes I still found it hard, being tired from yesterday’s tough ride. It was a sunny day but cool and breezy at the top with cloud drifting on and off les Aigulles de Bavella high above us. After picnicking we set off on a three hour walk to le trou de la bombe. On the way we saw a chain of 76 caterpillars joined head to tail moving in a slow semi-circle. Then the leader abruptly turned through 180 degrees and this threw it into confusion, breaking up the procession as the leading insects clambered over each other while those behind continued their march. We saw a couple of similar chains later on, though not so long and we didn’t stay to watch. Another chain had been destroyed by being walked on, easily done when they’re on the path.

On our return to the col we treated ourselves to flan de pomme and drinks then freewheeled back down to Zonza, one motorist pulling in to the side to let Christine overtake as she was gaining on the car! We shopped in the village then continued to the campsite to cook, which took ages since our gas cylinder was running low. It clouded over in the evening and became quite cold.