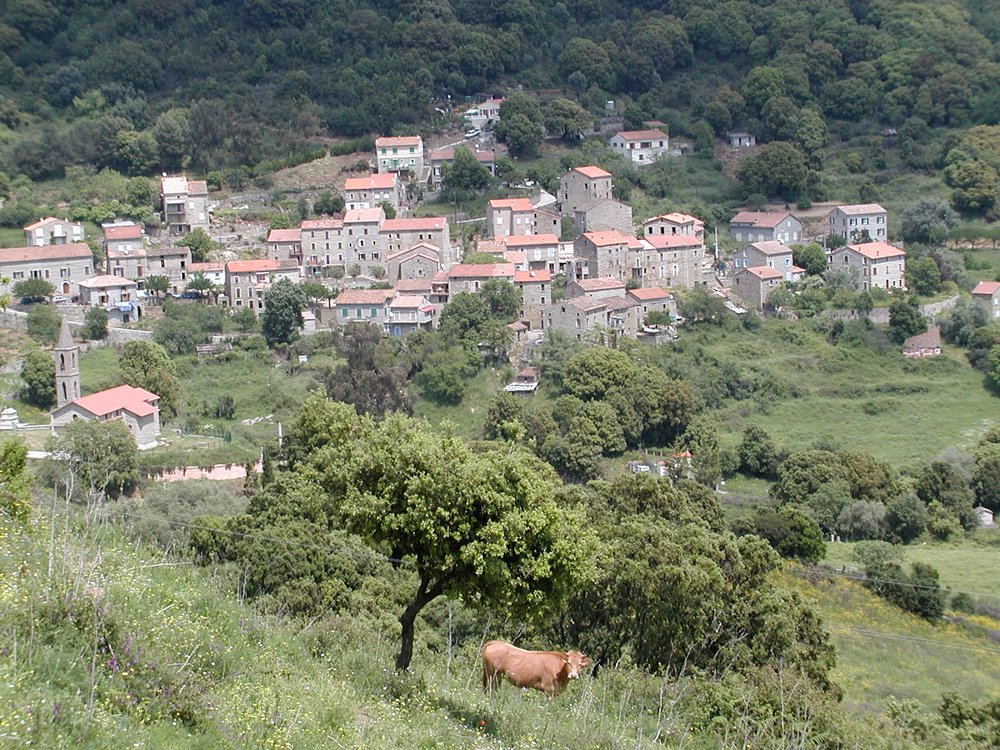 My itching had abated a little so I was able to get some sleep and felt better than the previous day. I was still annoyed that I could be comprehensively trashed by a few tiny insects and still feeling too weary to get the most out of the day or to bother taking lots of photographs. We detoured to Porto Pollo to buy breakfast, noting that the campsite there was now open for the season, and ate croissants, bread and jam on the beach. We had some lovely jams during our time on the island, including fig and walnut, also chocolate and chestnut.

We rode up to Cavro, arriving around 16:00. It was another 31km uphill to the next town with any accommodation so we decided to stay at the hotel here, there being no campsites in the vicinity. Except it had closed down so we couldn’t. We dropped down to Bastelicacci to try the auberge… which was full. We headed towards Ajaccio, hoping to find a hotel along the road but reached the dual carriageway into the city first. We saw a motel sign but on closer investigation it had been converted into private flats. By now we were fed up of all the faffing about so just rode straight through to the campsite we’d stayed at earlier and booked in for two nights since we’d be taking the ferry back to Nice from here.